Welcome to Poo Corner! There has been an extraordinary increase throughout past months in the number of people failing to pick up their dog litter in and around the High Street, Middle Street and especially along the promenade between Sandown Castle and the Royal Hotel.

Many of us remember the day Deal won the Telegraph’s High Street of the year award. Local hero Ralph Cade remembers it well for a different reason. He filled 150 council supplied bags with the dog litter he picked up. With 3 or 4 to a bag, that made over 400 pieces of dog poo!

So here are some facts.

The penalty for committing an offence contained in a Dog Control Order is a maximum fine of level 3 on the standard scale (currently £1,000). Alternatively, the opportunity to pay a fixed penalty of £100 may be offered in place of prosecution. This is reduced to £75 if paid pithing 10 days.

As part of ongoing work to keep the district clean and safe, Dover District Council in partnership with a leading dispensing station company has installed dog waste bag dispensers in 25 locations across the district.

The scheme is funded by sponsorship from local businesses and organisations, and the dispensers feature a display board, which allows companies to support the project by displaying their logo. 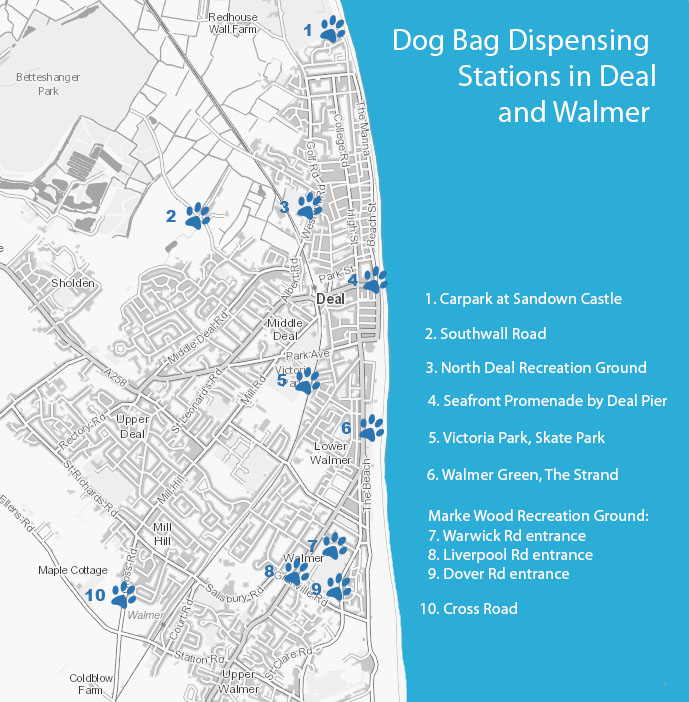 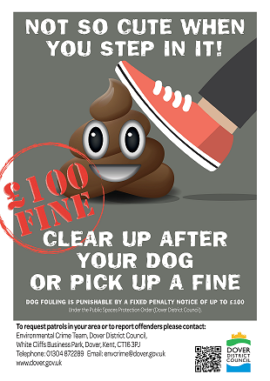 You can help keep Deal & Walmer clean by notifying Dover Council wherever you see a problem: