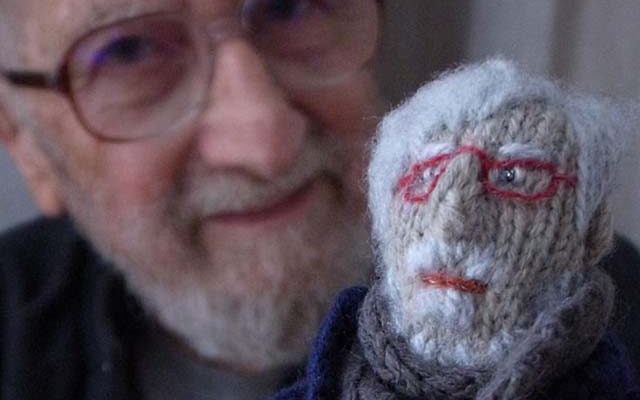 This article appeared in The Times Literary Supplement on April 14th 2017. It is reproduced here by kind permission of the author. See credit below.

From a pile of second-hand books at a Saturday market in the seaside town of Deal, I bought a tattered copy of Aldous Huxley’s little book The Art of Seeing for a pound. According to Huxley, the deterioration of our eyesight is caused by lack of regular training and happens in the same way as loss of muscle power without exercise. You can sharpen your eyesight by varying the distance of the object, moving your eyeball from side to side, covering and uncovering your eye with the palm of a hand or with an eye patch (“palming and flashing”). Huxley also advises memorizing an object of which you have had a glance, then looking at it again: it will appear to be much clearer; it stands out because its features are imprinted in the memory, like a familiar face in a street crowd. “At sea, the sailor would detect distant objects which, for the landsman, are simply not there at all”, Huxley writes.

Not many sailors are to be found in Deal these days. Former fishermen are now employed as builders and decorators, restoring period cottages for holiday home owners from London. Harold Chapman can find his way around Deal without even looking. Born in the town ninety years ago, he has a photographic memory of all of it. He is never without his simple camera, ready to pull it out of his pocket in order to record ever-changing shopfronts, the jolly faces of the pub regulars, the anglers on the beach or the insolent seagulls attacking consumers of fish and chip on the seaside benches.

References to Deal can be traced through the works of many authors – Julius Caesar landed in Britain just a pebble’s throw away – but the town has been mainly noted through the ages as a smugglers’ paradise. Harold says that the neighbouring houses around his seaside cottage once had interconnected lofts, good for hiding stolen goods during police raids. We met at a retrospective exhibition of Harold’s photographs, and he quickly found out that I, smuggled to Deal from London, occupy one of those nextdoor cottages. 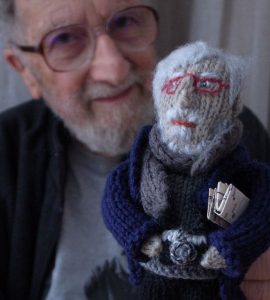 In the 1950s, as a dishwasher in Soho, Harold was tipped off by those in the know that if one really wants to be an artist one should go to Paris. The place where he landed, in Rue ît-le-Coeur in Saint-Germain-des-Prés, looked more like a doss house than a hotel. It was run by a local character, Madame Rachou, who offered cheap accommodation to foreigners, anarchists and all kinds of queer (bohemian) artists. Harold started  photographing them all, inside and outside their cramped rooms. One was Allen Ginsberg. Peter Orlovsky and Gregory Corso were there, too. All, to
Harold’s amazement, idolized their guru, William Burroughs. Harold’s photo chronicles of what became known as the Beat Hotel are now regarded as part of the heritage of bohemian life of the late 1950s. (His work was prominently featured at the Beat Generation exhibition at the Centre Pompidou last year.)

It was in the Beat Hotel that Harold saw for the first time the hypnotizing Dream Machine, invented by Burroughs’s friend Brion Gysin. The Dream Machine was made from a cylinder with slits cut in the sides. The cylinder is placed on a record turntable and rotated, with a light bulb suspended in the centre of the cylinder. The rotation speed allows the flickering light to emerge from the holes at a frequency of alpha waves that corresponds to the brain’s oscillation when dreaming.

The play of light has always fascinated Harold the photographer. While wandering through France in his van, he once woke up in the dead of night, because a ball of bright light, like a Cyclops’ eye, was glaring at him. It turned out to be a reflection of the searchlight from the nearby airfield caught in a drop of the dew on the leaves of a tree above his head. The sea is the best natural Dream Machine, Harold says, watching the sunlight flickering as it bounces off the crests of the waves and the ripples of the water. It’s dazzling and can blind your vision. It distorts objects you look at beyond recognition.

With the years, Harold says, his vision has become more and more deceptive. If his grey cat sits on the grey carpet in front of him at dusk, it  disappears from sight. He needs to focus bright light on the cat for it to reappear. This reminds him of the “disappearance trick” William Burroughs performed with the help of Gyson’s Dream Machine for the denizens of Madam Rachou’s fleapit. As Harold rightly guessed, the flickering light hypnotized the viewers, coated in clouds of marijuana and cheap vine evaporations, and helped Burroughs gradually screen himself with a cardboard cutout – a real-size photograph of himself – which he then hid behind before silently disappearing into the wings. His photo double would then be moved imperceptibly out of sight leaving the chair empty to the audience’s amazement. 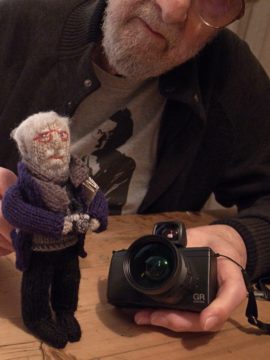 These days, the figures of people Harold meets on the street have looked lopsided, their outlines disappearing, as if wiped out by an eraser. The ophthalmologist told him that the retina in his right eye is suffering from macular degeneration and is gradually being destroyed. That was the main reason why I bought Aldous Huxley’s book for him.

Harold discovered that Huxley’s methods of training the eye are akin to his own approach. A year ago, he decided to wear an eyepatch over the damaged right eye: this would send a signal to the friends passed on the street that he is incapable of seeing them from that point of view. He thought it would also train his left eye. During National Service, he learned that when you take aim with a rifle, you close one eye for better vision in the other one. Artists do the same when observing from a distance the object on the canvas. And of course photographers, when taking pictures, close one eye. Unfortunately, Harold’s other eye is afflicted by a cataract.

He was nevertheless impressed by Huxley’s method of “palming and flashing”. He believes that the eye is like a camera: to make a photo, the shutter opens and closes like the batting of an eyelid. Huxley wrote his book when he believed he was going blind and he was at the zenith of his writing powers. The blindness of a writer or poet is apt to provoke the thought of Homer or Milton, or even Huxley’s Eyeless in Gaza. But the blind photographer is an oxymoron. Or has, perhaps, the potential for a new form – photography by blind chance. Harold is a great believer in chance. One day in the 1960s he was in front of the Chelsea boutique Granny Takes a Trip when, much to his delight, a real English granny walked along the King’s Road and he caught her inside the masterful frame. To that, I remarked that if you stand long enough in front of any shop a granny will eventually walk past. Harold replied that one has to wait if one wishes for a miracle to occur.

Buy the Beat Hotel on Amazon

Recently, Harold opened his eyes after an afternoon nap and thought he had gone completely blind. His wife took him in panic to the nearest clinic, in Margate, where, in the famous seaside shelter, T. S. Eliot once sat connecting “nothing with nothing”. The hospital building was dark when they arrived. Staff were on strike and only the Accident and Emergency department was open. After four hours of waiting, Harold was about to give up and go home a blind man. Just then he felt a tickling in his nose and a powerful bout of sneezing possessed him. He sneezed again and again. And when he had finally stopped, he saw the light. He insists that his vision has since greatly improved. He’s now busy preparing a retrospective  exhibition of his photographs, under the title Harold Chapman at Ninety: Not only the Beat Hotel.

Reproduced here by kind permission of the author Zinovy Zinik. Zinik’s recent books include History Thieves (Seagull Books, 2011) and the novel Sounds Familiar (Divus, 2016). Zinovy will discuss the life events connected to his recent novel at the Astor Theatre on Saturday May 27th.

Despite our best endeavours, there may be occasions where the information is out of date.

If you find this to be the case then don’t be shy about letting us know as it will help others! There are around a hundred hits a day looking up business details!

We may earn some money with affiliate links. All proceeds are paid to Martha Trust.